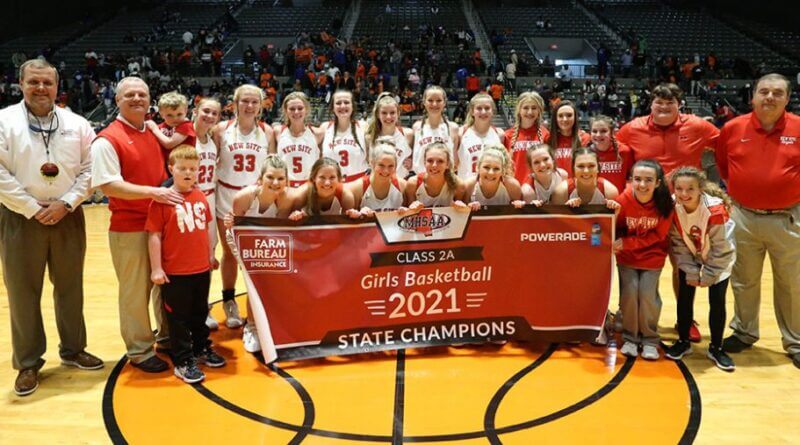 New Site clinched their second state title and their first since 2012. Senior Hannah Campbell was player of the game with 19 points. Junior Lily Whitley had 8 points and 13 rebounds for New Site and senior Ivy Loden had 15 points.

“This group really deserved this one,” head coach Byron Sparks said. “This group of seniors
came in as freshman and finished runners up, so they knew what they were playing for and you just kind of felt like it all year that this group was going to get it done. I’m just so proud to see them celebrate everything that they’ve worked for and make those dreams come true.”

Hannah Campbell had a blistering first quarter, scoring 13 of her 19 points in the opening frame helping New Site establish an early advantage after one. Calhoun City went on a 7-0 run in the second quarter to get within one. She played for the 2018 New Site team that lost to Ingomar.

“We’ve been trying to get our way back to this game ever since then,” Campbell said. “It’s been
a long three years since then and we finally did it this year and got the job done.”

Calhoun City charged late in the fourth, getting as close as two, but they never tied or took the
lead. Senior Quay Bailey had 14 points in a losing effort for the Wildcats. Senior Conley
Langford had 11 points for the Wildcats.

“This is something that we have dreamed about since we were little,” Loden said. “Now that
we’re here, it’s honestly a feeling that I can’t even describe.”