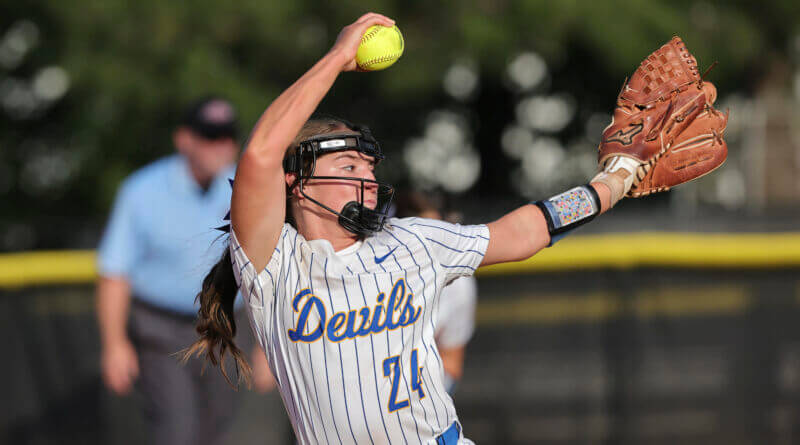 Another trip to the state championship for Booneville. Another state title.

The Lady Devils capped off a tremendous year in athletics for Booneville as they claimed the 3A softball state title on Friday with an 8-0 win over Enterprise.

The sweep came as Booneville took game one 6-1.

Hallie Burns was masterful on the mound in both contests, striking out 16 for the series including a no-hitter on Friday to clinch the gold glove.

In four state championship games, Burns is 4-0 with 2 runs allowed and 37 strikeouts. Most importantly, she has helped pitch Booneville to a pair of rings.

Aside from getting it done in the circle, Burns connected on a first inning homerun that gave the Lady Devils a lead they would not relinquish.