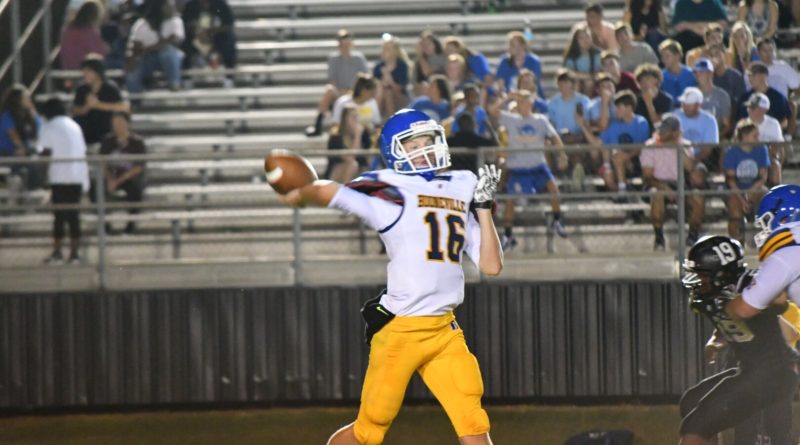 BOONEVILLE- The Booneville Blue Devils faced a tremendous amount of adversity last year. After coming off a losing season in 2017, Coach Mike Mattox, entering his 10th season, and his Blue Devils were trying to find a way to get them going in the right direction. Whatever they did, worked. The Blue Devils went undefeated in the regular season and suffered a second round exit to the eventual 3A state champions, Water Valley. With all that said, Booneville did all of this while their head coach, was back and forth from the hospital. Coach Mattox is now well, and his football team is looking to build off the momentum from last year.

Mattox wasn’t the only member of this Booneville team to suffer an injury last season. Quarterback John Daniel Deaton also suffered an injury in the last game of the season, but he is expected to return for action this fall. Deaton threw for over 1700 yards and 22 TDs, while only throwing three interceptions, so having him back behind center will be a source of comfort for Coach Mattox because he is losing a crucial piece to the puzzle. Dallas Gamble, who accounted for over 1600 yards, graduated and signed to further his football career at South Alabama. Alongside Deaton, senior Davian Price is returning at WR. Price accounted for over 700 yards rushing and receiving to go along with 16 total TDs. The Blue Devils bring back four starters on the O-Line as well in Ben Mauney, Grant Newby, Clay Herring and Billy Johnson. The combo of Deaton and Price plus an experienced line should carry most of the workload for the Blue Devils on the offensive side of the ball.

When it comes to defense, Booneville is returning three student athletes that had over 70 tackles last year. The leading returning tackler for Booneville is Amani Gizzard. Gizzard had a total of 84 tackles last season, including seven TFL. To go alongside Gizzard is L.J. Shumpert and William Jackson. Shumpert had 80 total tackles and five TFL while Jackson had 76 tackles and seven TFL. The Blue Devils are going to be in good hands on defense with multiple players returning.

On Special Teams, the Blue Devils return a trio of specalists in Noah Sisk (kicker), Deaton (punter) and Price in the return game.

Losing a player to the division one ranks of the NCAA (Gamble) is no small feat to overcome, but the Blue Devils remain in good hands. Coach Mattox will be back on the sidelines this season to help guide his team, along with all the other returning players. This team knew that a 5-6 in 2017, was not going to become the norm. The Blue Devils rebounded in 2018 and now look to build on their 2nd round playoff exit from a year ago.