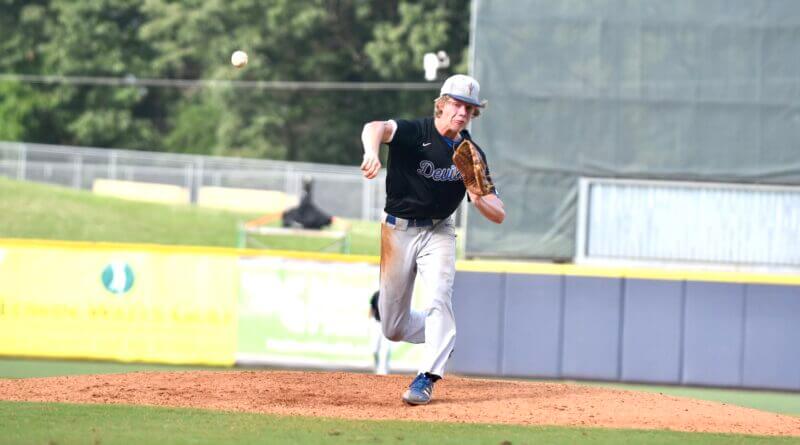 In a do-or-die contest, the Booneville Blue Devils delivered in the clutch with two runs in the seventh inning to defeat the Magee Trojans 4-2 to send the 3A state championship series to a decisive game three.

The Blue Devils struck first in the first inning with a two-run home run by Jackson McCoy to give Booneville an early 2-0 advantage.

From there, the game went scoreless until the sixth inning with McCoy dominating on the mound.

However, Magee came up big down to their final six outs.

With two outs in the bottom of the sixth inning, Jordan Magee brought the first run of the game for the Trojans home on an RBI single. Just after, Banks Teater tied the game up at 2-2 with an RBI single of his own.

In the top of the seventh, fate took a turn in favor of the Blue Devils as two scored on a throwing error on an attempted double play that would have ended the inning.

With the 4-2 lead, McCoy returned to the mound and finished the complete game performance off by allowing no runs and sealing the victory for Booneville.

McCoy finished only allowing five hits while striking out eight batters. Along with that, he led the club offensively with two RBIs.

Game three is set for Saturday with first pitch at 1 p.m.