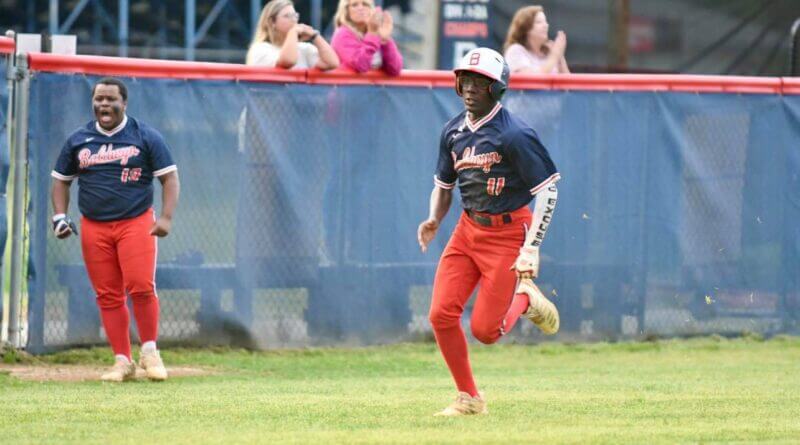 It took the Bearcats all seven innings of their first round playoff matchup against Myrtle to find their groove on offense.

Baldwyn stormed back from a 5-1 deficit in the bottom of the 7th inning to take game one 6-5 over the Hawks in walkoff fashion.

After scoring an opening inning run, the Bearcats were blanked by Myrtle pitcher Jackson Mayer until they started putting the ball in play and creating offense in the final frame.

Guage McCarver started the 7th inning off with a single then Aiyden Scales and Colyn West were hit by a pitch to load the bases. Logan Pratt then brought in a pair of runs on a single up the middle to cut he lead to 5-3.

Andy Trollinger would come up to bat next and he would initiate a sequence of plays that led the Bearcats to the improbable victory.

Trollinger would hit a long fly ball into center that was meant to score Colyn West from third. Instead, the center fielder missed the ball, allowing both West and pinch runner Kidon Cole to score the tying run from 2nd.

Trollinger would take advantage of wild pitches, including one on the games final play, to take home plate, the victory and the 1-0 series lead.

Baldwyn now travels to Myrtle trying to close the series out on Friday. More pictures on the Prentiss County Sports Facebook page.