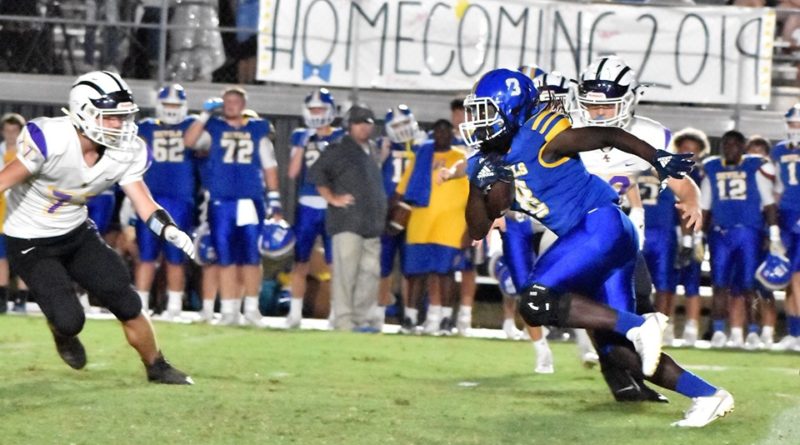 The Booneville Blue Devils picked up a big win over the Alcorn Central Golden Bears on Friday night.

The Blue Devils scored by every way possible during the game: pass, rush, defense and special teams.

The scoring got underway with a defensive score in the first quarter on a punt block recovered for a touchdown. Davian Price then returned a punt for the Blue Devils second score of the first quarter and a 13-0 advantage.

The victory moved Booneville to 5-1 (1-0) as they prepare for a conference game against Belmont next Friday.

More pictures of Homecoming festivities and the game from Mississippi Sports Network’s Larry Glidewell can be seen by clicking here.