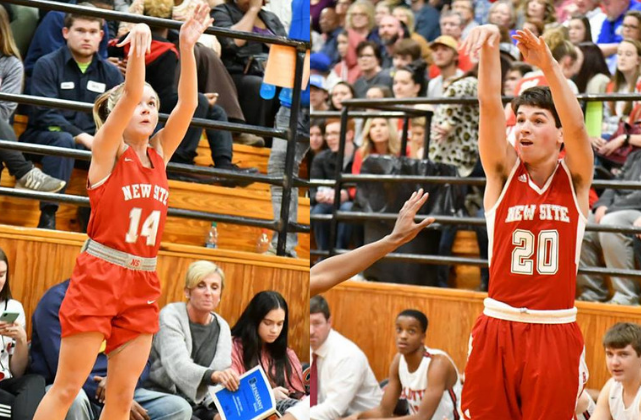 Two players in the state of Mississippi have connected on 100 3-point attempts this season.

They both suit up for New Site.

Walker Moreland is the state leader having knocked down 122 three point attempts on the season. That ranks him tied for fourth nationally.

Chloe Hammock is the 2nd leading 3 point shooter in male and female combined and the top female shooter. She has hit on 104 three pointers this season. That is good for 11th nationally.

New Site is in action next week hosting their division tournament.