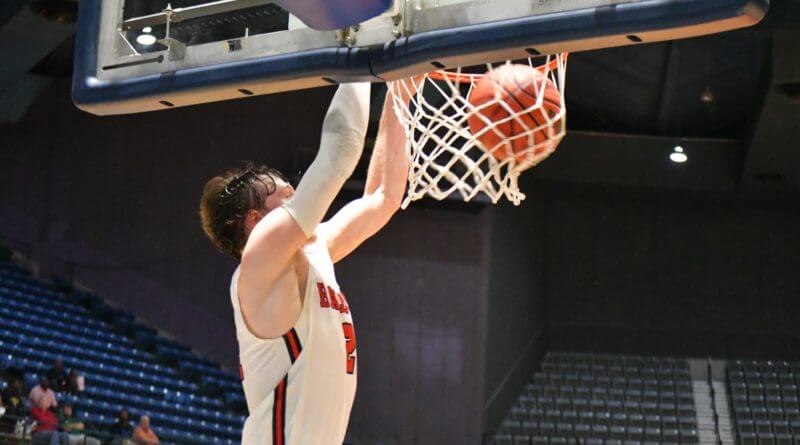 Baldwyn is back in the state title game after a tough win at Jackson over West Tallahatchie.

The Bearcats watched their female counterparts punch their ticket and decided they wanted in on the first state game at the Ole Miss Pavilion.

They won the turnover and rebounding battle and connected on 17-26 free throws to help lead them to Oxford for the title game.

Baldwyn jumped out early, leading by 8 at the end of the first quarter and by 10 at the half, thanks to 15 first half points from Jacolby Williams and 9 Gabe Richardson assists.

West Tally clawed back to make it a one point game with 3 minutes to play, though, before the Bearcats got an 8-0 run, highlighted by a thunderous Riley Hoard dunk.

Baldwyn would ice the game at the free throw line with 6 makes in the final minute.

Jacolby Williams was the high scorer with 26 and 8 rebounds. Riley Hoard put up 13 points. Gabe Richardson added 11 points and 9 assists.